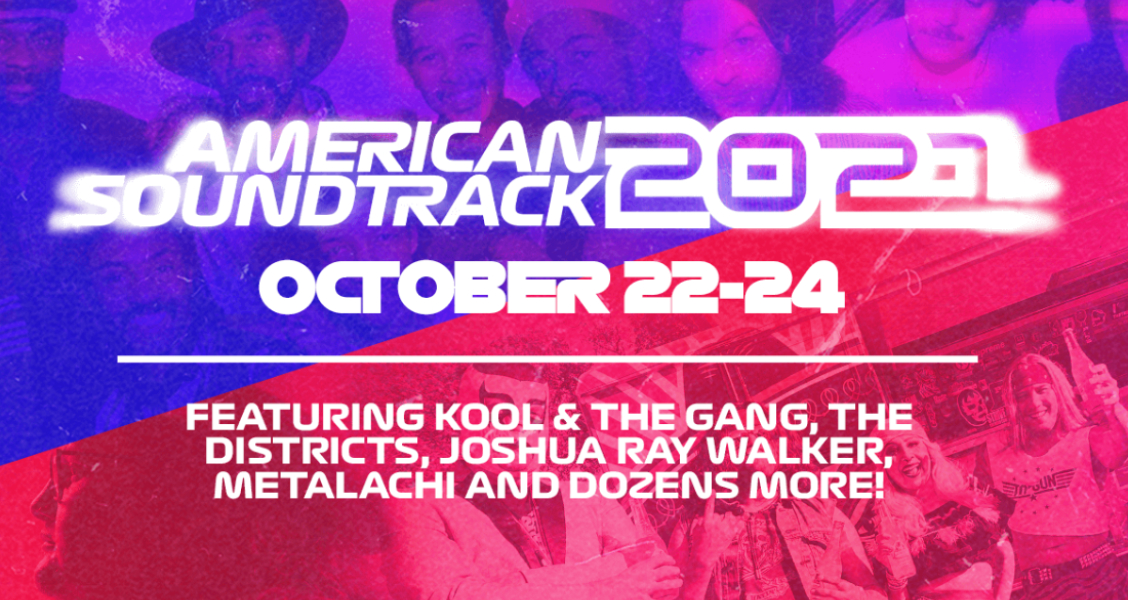 AUSTIN, TX (October 6, 2021) - Circuit of The Americas (COTA) announced today that, in addition to headlining concerts by multi-GRAMMY® award-winner and Rock & Roll of Famer Billy Joel (Oct. 23) and GRAMMY® Award-winning Twenty One Pilots (Oct. 22) Kool & The Gang will perform their chart-topping hits after the final race on Sunday, October 24. COTA also announced The American Soundtrack will return this year and showcase over 20 musical acts, covering music genres from R&B & hip hop to electronic & indie folk. These newly added performances are set to take place on multiple stages throughout COTA grounds during Austin’s Formula 1 USGP  weekend, October 22-24.

"We can’t wait to welcome F1 fans back to COTA again,” said Director of Entertainment at Circuit of The America, Glynn Wedgewood. “From the high-adrenaline racing to the world-class musical performances from some of the best local and national acts playing on the American Soundtrack stages, we’re sure there will be something for everyone’s taste."

The showcase serves as a snapshot of the richly diverse musical talent from around the Lone Star State and speaks to Austin’s commitment to its  status as the “Live Music Capital of the World.”  Featured performers include Pat G and The Justice League, a hip hop/jazz band based in Austin known for their elite wordplay and high energy. Local favorite artist Mobley will be playing fan favorites and Austin-based Classic Hip-Hop Live will be playing iconic 90's hip hop classics with stunning accuracy.

Also taking the stage during F1 USGP weekend will be Mayeux & Broussard, a staple in Austin’s country music and roots rock scene. The band often describes their music in two words “Swampy-Tonk” - a unique blend of country, blues, and rock n roll. Featuring members of some of Austin’s premier Latin bands, Bidi Bidi Banda is the refried dream of Stephanie Bergara, a native Austinite who grew up listening to Tejano radio. Bidi Bidi Banda is an Austin Music Award Winner and has performed alongside legendary touring acts throughout the nation. Brownout, 9-piece outfit formed 16 years ago by members of Grammy Award-winning Latin revival orchestra Grupo Fantasma, has evolved into a musical force all its own. The band has garnered three Austin Music Awards and performed at major events across the country.

Hailing from Dallas, Joshua Ray Walker will wow race and music fans alike with his dynamic vocal performance. He has been referred to as "Dallas' breakout country star" by Texas Monthly, as well as having Rolling Stone named his 2020 album, Glad You Made It, the #5 Best Country/Americana record of the year. Joshua Ray Walker will also be kicking off race day by singing the Star Spangled Banner.

Additionally, Kool & The Gang will return to COTA to perform at the Germania Insurance Amphitheater on Sunday, October 24 after the race, around 4:30pm. Fans are encouraged to stay late for the show and enjoy food and drink specials, prizes and other surprises to keep the post-race party going and end the weekend on an upbeat note.

The full lineup for the American Soundtrack is as follows:

Lineup and times subject to change.

With more than 360,000 attendees expected over race weekend October 22-24, planning transportation to and from COTA is very important. Circuit of The Americas is urging fans attending the race to utilize shuttle buses if they don’t already have a parking pass, as all on-site parking is completely sold out. Tickets for the buses start at $15 are on sale now, space is limited.

For more information about Circuit of The Americas and Formula 1 please visit http://circuitoftheamericas.com/.