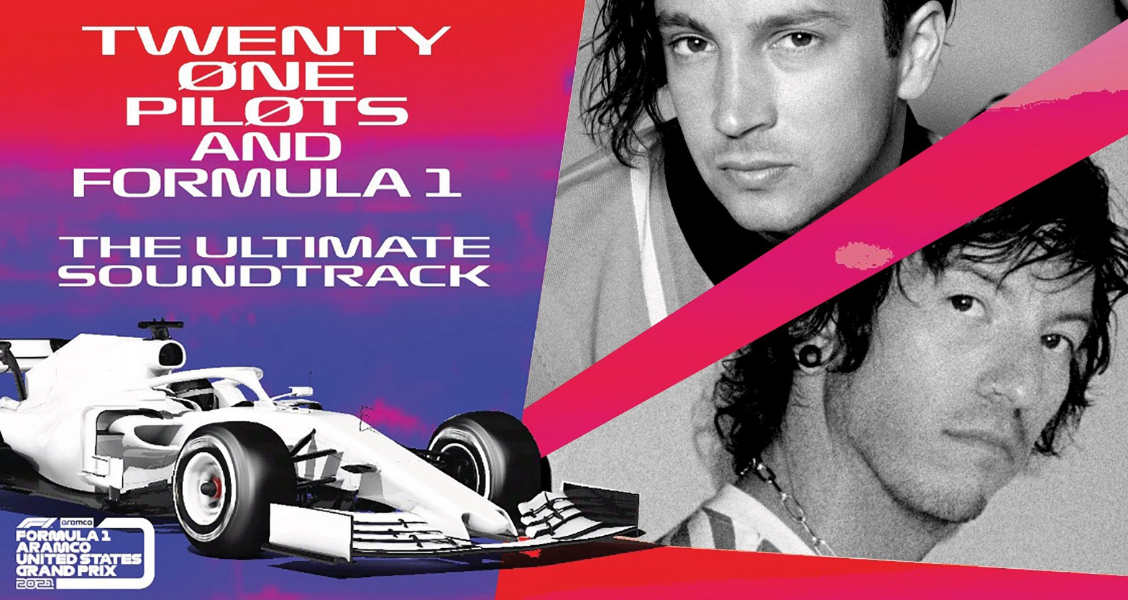 Twenty One Pilots to Perform Friday, October 22 at the F1 USGP

AUSTIN, TX (MAY 25, 2021) - Circuit of The Americas (COTA) announced today that they will welcome GRAMMY® Award-winning Twenty One Pilots to the Germania Insurance Super Stage on Friday, October 22 to round out the music powerhouse weekend of the 2021 Formula 1 Aramco United States Grand Prix. The duo will join Billy Joel as part of the 2021 USGP concert lineup and the biggest weekend of non-stop entertainment in Austin. After billions of streams and dozens of multi-platinum certifications around the world, the history making, Columbus, OH-duo—Tyler Joseph and Josh Dun—will bring Austin audiences to their feet with hit singles, including “Jumpsuit” and “Stressed Out” and new single “Shy Away.”  Tickets for the exhilarating weekend of world-class racing and concerts, including the Billy Joel concert on Saturday, October 23, are on sale now and selling quickly. Tickets can be purchased here: TheCircuit.com/F1.

Defying genre, subverting convention, smashing records, and redefining the sound of a generation, GRAMMY® Award-winning Twenty One Pilots emerged as one of the most successful bands of the 21st century and a perennial game-changer. The duo ascended to a creative and critical high watermark on their 2018 fifth full-length album, Trench. Among a collection of anthems, it spawned three gold singles: “Chlorine,” “Nico and the Niners,” and the GRAMMY® Award-nominated “Jumpsuit.”

Following a show-stopping performance at the American Music Awards, the album graced spots on coveted year-end lists by Billboard, iHeartRadio, KERRANG!, Alternative Press, and Rock Sound—who placed it at #1. To support Trench, the pair launched the Banditø Tour, selling out arenas across the world, headlining global festivals, and moving one million-plus tickets. In 2020, they released the gold-selling smash “Level of Concern.” After breaking into the Top 25 on the Billboard Hot 100 and capturing #1 on Alternative Radio for 12 consecutive weeks, the song set a new Guinness World Record™ for “the longest music video,” with the groundbreaking regenerative visual consisting of content from 16,000-plus user submissions drawn into the video in real-time live on YouTube. They also garnered “Favorite Artist – Alternative Rock” at the American Music Awards. Everything has bulldozed a path for their anxiously awaited new full-length, Scaled And Icy, released worldwide this past Friday.

Formed in 2009, the duo grinded towards this moment following the mainstream breakout of 2015’s Blurryface. Certified quadruple-platinum in the U.S., it sold seven million copies worldwide and garnered the band a GRAMMY® Award in the category of “Best Pop Duo/Group Performance” for the Diamond-certified “Stressed Out.”

COTA is anticipating this year's USGP to be one of the biggest race weekend experiences ever. The track is already seeing record-setting sales and unprecedented demand for this year's United States Grand Prix, with sales for the 2021 race weekend outpacing 2019's sold-out race. With all reserved seat inventory sold out in the first week of being on-sale, COTA will be adding the following ticket options:

General admission tickets are still available but are selling fast. All tickets include general admission access to the Germania Insurance Super Stage concert experiences with Billy Joel and Twenty One Pilots.

Three-day race tickets, which include access to both headlining concerts along with other featured entertainment, start at $239. New hospitality options are also being offered in Club SI (T12), Podium Club (T20), and Tower Club (T17) areas. Premium on-track viewing upgrades are available for both concert experiences.

To purchase tickets for the FORMULA 1 2021 ARAMCO UNITED STATES GRAND PRIX, set for October 22-24, or for more information, visit TheCircuit.com/F1.