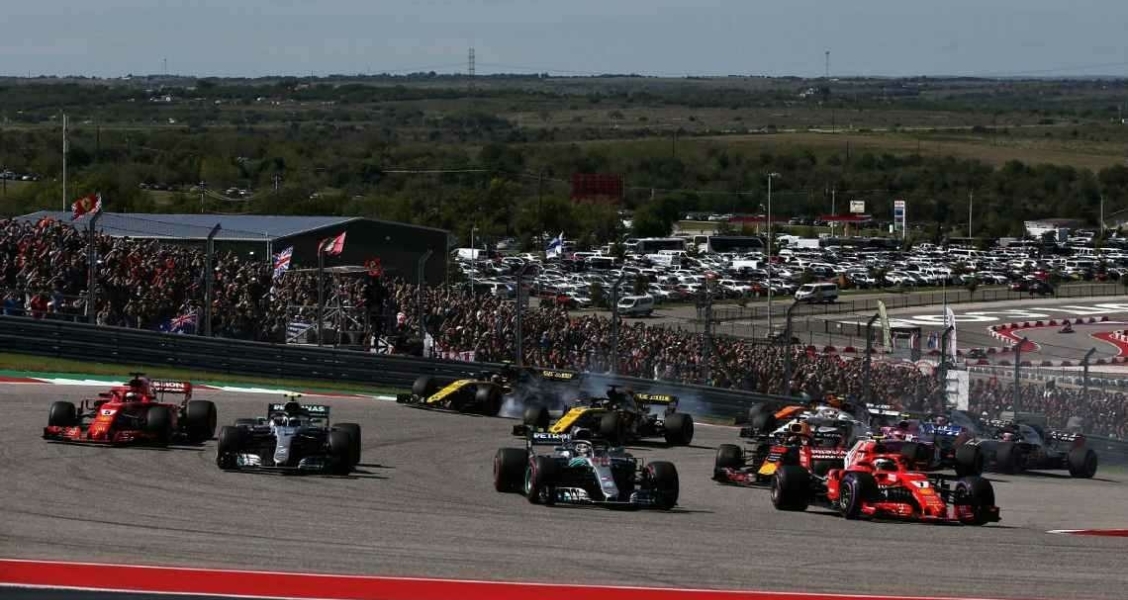 COTA: We'll host the U.S. Grand Prix for as long as our circuit exists

This story featuring Circuit of The Americas and an interview with Bobby Epstein was originally published on ESPN.com on Friday, August 23, 2019.

It's hard to imagine what the state of F1 in the U.S. would be like right now without Austin's Circuit of the Americas.

The purpose-built COTA racetrack has hosted the U.S. Grand Prix since 2012, which ended a run of four years without a race in the States — F1 had left under a cloud in 2007 following a difficult stint with a race at the Indianapolis Motor Speedway, most infamously marked by the 2005 edition where all but six cars peeled into the pit-lane at the end of the pre-race warm-up lap and refused to take part due to a safety dispute. At the time many felt it would take decades to recover from that farce.

But Austin's facility has changed that, quickly becoming a favourite venue of drivers and fans. Last year the circuit had the fourth best attendance of the season, attracting 263,160 people across the weekend — 111,580 of those on race day. Its current deal runs until 2021 and discussions about an extension are ongoing.

Bobby Epstein, the boss of COTA, is not one to shy away from stressing what his circuit has achieved in eight years.

"I think it's right to say F1 wouldn't exist in the U.S. right now if we hadn't built a home for it here at COTA," Epstein told ESPN. "You just have to look at what we've done in U.S. and helping to build a fan base here — before ticket sales had been falling and it had been difficult for any circuit to establish itself as the home of F1.

"It was not how it is today, there were a lot of races on Mickey Mouse street circuits you can't build history on. It was the same with Indy — even if you ignore the 2005 incident, which was a pretty big black eye for F1, the circuit was still the home of the Indy 500, not F1.

When asked about what extension he was hoping to secure, he said: "I think a shorter deal is better for both parties, you don't want to get locked into something that you don't like down the line. We also can never be sure how the event or how the sport will evolve over the next few years.

"What I will say is, I think there will be an F1 race at COTA for as long as the track is there, that's the benefit of building a permanent facility."

Epstein is not just stressing the importance of COTA for the sake of it — he talks as a potential albatross looms on the horizon. F1 wants to add another U.S. race to the calendar and is pushing on with securing a Miami Grand Prix, despite the original plans to have a street race around the docklands area failing in the face of local opposition. A new proposal has emerged around the Miami Dolphins stadium on the outskirts of the city.

COTA has been lukewarm about the push for another race on the calendar and it's clear why, with the potential pitfalls obvious to see. The growth of F1's schedule is showing no signs of slowing down, with an unprecedented 22 races expected for 2019 after events in Vietnam and the Netherlands are added. Ordering a congested calendar is tricky — COTA is already one half of a back-to-back with the Mexican Grand Prix in October/November. The other race held on the continent, the Canadian Grand Prix, takes places at the other end of the season.

F1's original proposal did not include a plan to pair a Miami race with Montreal's, meaning it would likely fall around the same time as the existing double-header.

"Considering the number of fervent Formula One fans in Europe exceeds 50 million and those in the U.S. is closer to 2 million, it is fair to assume Europe can easily handle many more races on the continent before one race cannibalizes another," Epstein said.

"F1 says the potential to build new fans in the U.S. is massively greater than Europe, but the negative impact of one race on another can also be huge. The U.S. casual fan base is growing, but it's the fervent ones who buy tickets more than once.

"I foresee them being at the same end of the calendar. One big risk is the structure of one promoter's contract versus another — particularly if it comes to two races in a similar market."

Epstein has reservations about the appeal of the current Miami GP proposal and the risk factor is a key part of the negotiations around COTA's contract extension.

"I don't think we are that far apart from what works for us as a business model and for them. We have to consider the impact of another race on our continent on our race.

"Our feeling with Miami has been that F1 should take some of the risk of that event. If you are going to do a street race you have to do it properly, somewhere which resonates with people. Like the downtown race or something on the [Miami] strip might, or the race with the New York skyline they spoke about a long time ago.

"A race around a parking lot is not going to be something that can create itself much history -- fans want to go to a marquee event. So we have to be mindful of that as F1 has those discussions because I don't think the race they are discussing now has the same impact as the one originally laid out there."

COTA has focused on creating a marquee event in recent years. A marketing masterstroke in 2016 helped end lingering uncertainty about its future, when it secured Taylor Swift for a concert on the Saturday of the race weekend. A ticket for the event guaranteed you access to both the racing and one of the biggest names in the music industry. That has continued since, with Bruno Mars and Britney Spears headlining last year and Pink and Imagine Dragons on this year's bill.

The model has been hugely successful and, despite his reservations about a second race in America, Epstein sees the opportunity to capitalise on another marketing victory -- the hugely popular Netflix series, 'Drive to Survive', launched ahead of the season.

"The proof is in our ticket sales. We are on track to have the biggest attendance of any race so far -- the reserved seats already sold out in July. We are thinking of where we can build new grandstands to accommodate more fans."

"There's a lot of reasons for that — we have the music entertainment element which has been a huge help, but the fact we have built a base here at COTA is massive. We have established a good history, made it a tradition to come and race here. Looking beyond that, the Netflix series has been the biggest boost for U.S. fans we have had in terms of ticket sales.

"All our surveys on new customers suggest it's had a huge impact and a big benefit to F1. It really was a stroke of genius to get that put on. It's why we broadened what was offering on a weekend, in order to bring different people to the event, but the Netflix series has reached people we might never have reached otherwise."