X Games celebrates its second year in Austin, Texas at the Circuit of The Americas (COTA), kicking off the 21st action-packed year with over 200 invited athletes across 20 disciplines. The evening excitement began with the debut of Harley-Davidson Flat-Track racing at COTA while Moto X Step Up competition took place in Downtown Austin in front of the Texas State Capitol.

In the inaugural Harley-Davidson Flat-Track Racing event at X Games, 24 racers competed on the 3/8-mile long oval dirt track on twin-engine motorcycles at high speeds, dramatically leaning into turns absent a front brake using the rear skid to their advantage. Twelve racers qualified for the finals with two-time AMA Pro Flat Track GNC1 champion Jared Mees leading the field throughout the 20-lap final, but it was during the final white flag lap that a dramatic mechanical failure opened up a huge window of opportunity for Kawasaki racer Bryan Smith to become the first ever X Games Harley-Davidson Flat-Track Racing gold medalist.

In the packed streets of downtown Austin all eyes were focused upwards at the Moto X Step Up venue in front of the iconic Texas State Capitol. Eight riders lined up to make the attempt at launching up a near vertical wall of dirt and over the Step Up bar at incrementally increasing heights. Seven-time X Games Step Up gold medalist Ronnie Renner returned to defend his title and as the field narrowed down, he successfully eliminated his remaining three competitors by clearing the 34-foot Step Up height, becoming the first athlete to win three Moto X Step Up gold medals in a row since Tommy Clowers in 2002. 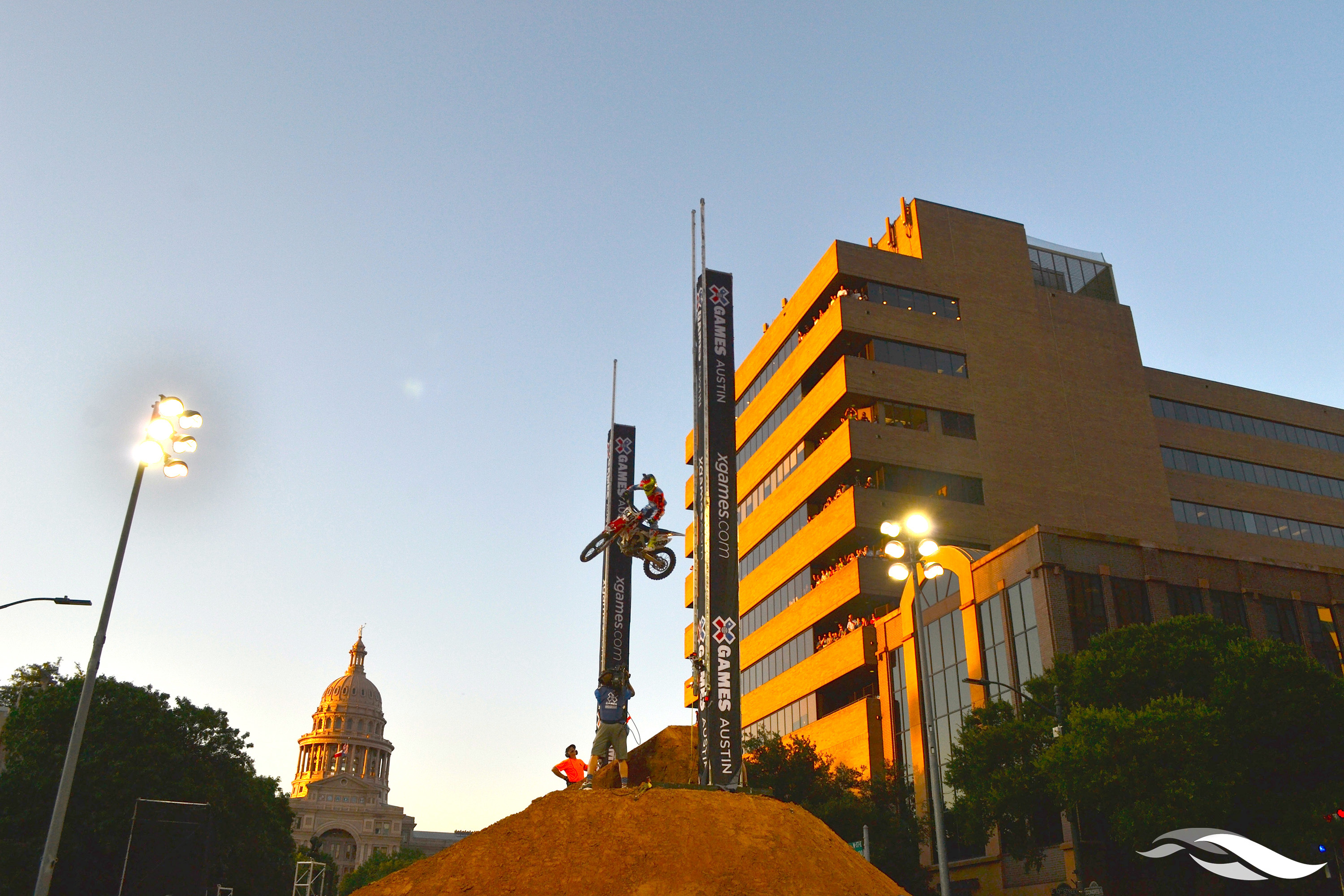