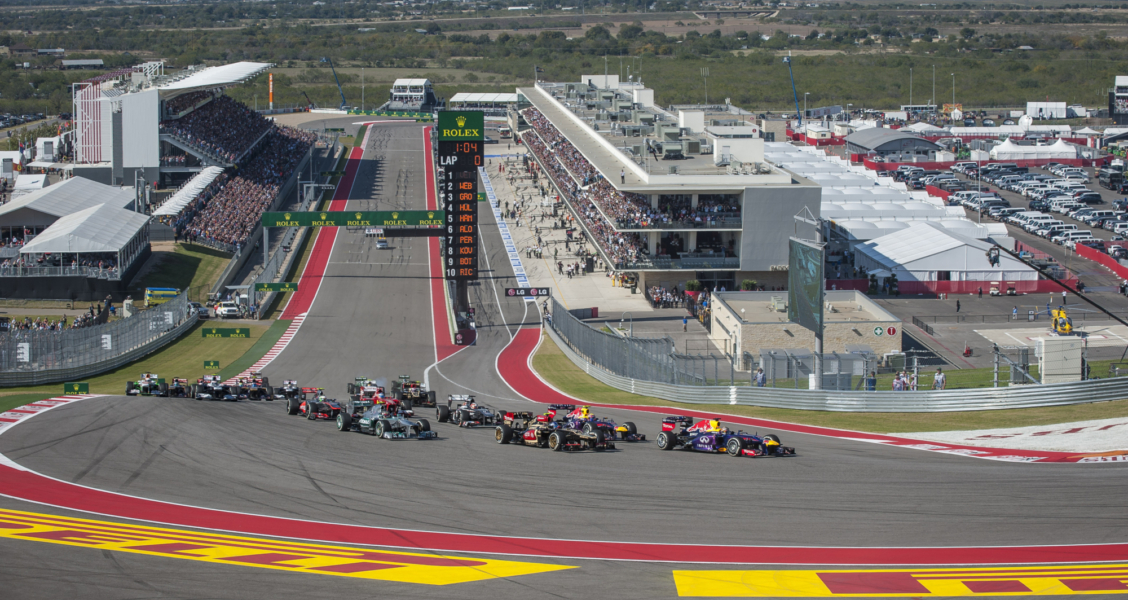 Study: Circuit Of The Americas’ Annual Economic Benefit To Austin Area Is Close To $900 Million

AUSTIN, TX (October 28, 2014) – Circuit of The Americas (COTA) generated $897 million in economic impact to the Austin area in 2014, according to a study prepared by New York-based Greyhill Advisors.

The analysis represents all COTA events, activities and annual operation for FY 2014, defined as October 1, 2013, to September 30, 2014. The time period captures one full cycle of COTA’s major annual events, including the 2013 Formula 1 United States Grand Prix, 2014 MotoGP Grand Prix of the Americas and ESPN’s 2014 X Games, as well as track rentals, and concert and events at Austin360 Amphitheater. The full report, available here, was commissioned by Circuit of The Americas.

“COTA has turned out to be much more than just a racetrack,” said Austin Mayor Lee Leffingwell. “It’s a job creator, a revenue generator, and a destination for quality, year-round entertainment. These benefits to taxpayers result from racetrack construction that was solely funded by private investment. I commend COTA for its positive impact on our community and its contribution to Austin’s emergence as an international city.”

According to the report, there were 1.1 million attendees across all COTA events in FY 2014, leading to $731 million in economic impact. An additional $166 million is attributed directly to COTA operations.

Over the course of the year, COTA hosted six motorsports and other major sporting events, 18 concerts and 110 track rentals and other events.

“COTA is a thoughtfully designed facility that has helped Austin successfully compete for and host events that put our city in the global spotlight,” said Bob Lander, Austin Convention and Visitors Bureau President and CEO. “We attract over 21 million visitors annually – three times as many as only a decade ago. Tourism has a substantial impact on the Austin economy providing nearly 54,000 jobs and $6.2 billion in direct traveler spending. World-class facilities like COTA greatly enhance our ability to attract new international audiences and markets that widen our spectrum of business.”

Included in the cumulative impact was construction of COTA’s 1,500-acre campus, which supported more than 7,100 jobs representing $350 million in annual wages. The economic impact from construction was $918 million, the report said.

“We built COTA to be a part of the economic and cultural fabric of Austin,” said Circuit of The Americas Chairman Bobby Epstein. “We’ve created a place where Austinites can enjoy world-class sports and entertainment, and it’s gratifying to see the enormous benefit to local businesses big and small.”

Circuit of The Americas (COTA) in Austin, Texas, is the home of world championships and a world-class destination for premium sports and entertainment. COTA’s marquee event, the FORMULA 1 UNITED STATES GRAND PRIX was awarded 2013 “Sports Event of the Year” by SportsBusiness Journal/Daily, and the same publication named the venue a finalist for 2014 “Sports Facility of the Year.” Additionally, COTA is the new North American home for the summer edition of ESPN’s X Games. More than one million visitors come to COTA each year for events such as MotoGP™, the TUDOR United SportsCarChampionship, the FIA World Endurance Championships, business and social functions, and more than 20 performances at the venue’s acclaimed Austin360 Amphitheater, winner of Pollstar’s “Best New Major Concert Venue” award for 2013. COTA’s 1,500-acre campus includes a variety of permanent structures, including a 44,000-square foot Event Center, an impressive Main Grandstand with hospitality suites and the Velocity Lounge, a 270,000-square foot Paddock Building with 34 garages, and an iconic 25-story Observation Tower at the heart of the facility. For more information and downloadable video and photos, visit:www.CircuitofTheAmericas.com, www.Austin360Amphitheater.com or COTA’s dedicated FTP site, media.circuitoftheamericas.com. Follow COTA on Facebook at www.facebook.com/CircuitofTheAmericas and Twitter @circuitamericas and @COTAmedia.