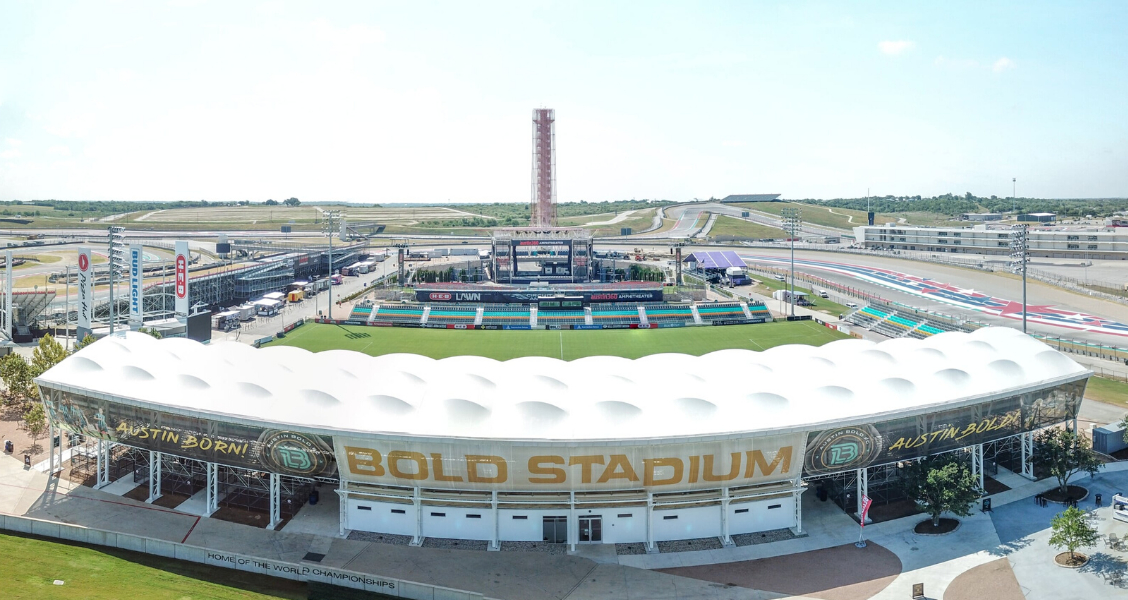 Starting July 17, Austin Bold FC returns to Bold Stadium at Circuit of The Americas (COTA) to resume the 2020 USL Championship Season. The 2020 season will return with seven home games and a new playoff format. In an effort to prioritize the community’s health and well-being, fans will not be permitted to attend games in July. With the safety of fans COTA’s primary concern and the current escalation of COVID-19 cases, COTA has proactively decided to move forward playing games without fan-attendance, for the time being. COTA will continue to monitor the situation and begin allowing fans, vendors, and employees back to the field when it is deemed safe to do so.

The team’s first match back will be in Austin on July 17, where they will take on OKC Energy FC. In order to limit travel, the remainder of the 2020 season will see clubs divided into eight regional groups to complete a 16-game regular season followed by a single-elimination playoff. The regular-season games will be played over 13 weeks, concluding the weekend of October 2-4. Games completed prior to the season suspension in March will be counted and included in the schedule.

“I'm proud of the guys for staying in great shape during the time away, as it shows the incredible value they put on their profession and their commitment to the team. Go Bold!” said COTA Chairman Bobby Epstein.

Austin Bold FC will be placed in a regional group that includes OKC Energy FC, Rio Grande Valley FC, San Antonio FC, and FC Tulsa. The Bold will play its fellow group members three times. The remaining games will be played against teams that fall within a similar geographic region for a total of 15 games.