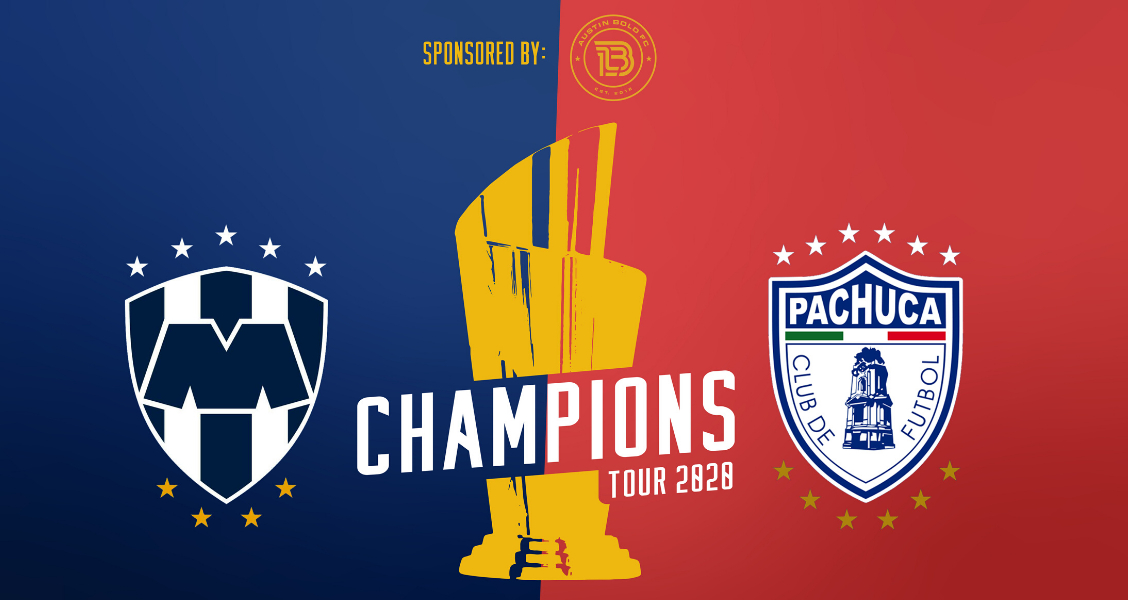 UPDATE: Due to the current international travel concerns, the match between Liga MX Rayados de Monterrey and Club Pachuca on Saturday, March 28th has been cancelled. Tickets already purchased will be automatically refunded. Please allow 7-10 business days for processing.

Austin, Texas – International soccer is coming back to Austin! The Austin Bold and Circuit of The Americas is proud to announce that Liga MX rivals Rayados and Pachuca will meet in a friendly at Bold Stadium on Saturday, March 28 at 6:00 p.m.

“We are incredibly excited to be able to host this match and to bring international soccer back to Austin”, said COTA Chief Revenue Officer Tim Prukop. “At COTA we want our guests to experience the thrill of being alive, and what a thrill it will be to have two of the best soccer clubs in North America right here at Bold Stadium.

Rayados of Monterrey boast one of the best resumes in all of international soccer. The reigning champions of the BBVA Liga MX, also captured the CONCACAF Champions League title in 2019, as well as 3rd place in the FIFA Club World Cup. The team features several of the brightest stars in Liga MX including Argentine attacker Rogelio Funes, the clubs second all-time leading scorer, Columbian forward Dorlan Pabon, only the third player in club history to lead the league in scoring, and goalkeeper Marcelo Barovero, who played a crucial role in Rayados championships in 2019.

Tickets start at $20 and will be on sale on Tuesday, February 25th. Fans can purchase tickets in person at the Bold Stadium ticket office, online at ticketmaster.com or by calling 512-872-8743.

Join the presale by clicking here.

Experience the unfiltered thrill of being alive at Circuit of The Americas, in Austin, TX. Feel the rush of the world’s greatest drivers competing in motorsport’s biggest events.  Get lost in the music of the hottest musical acts as they perform live at Austin’s largest outdoor music venue. Take charge of your own 602 horsepower race car as part of our exciting driving experiences. Experience the thrill of racing others at the COTA Karting track. Inspire your most valuable stakeholders in our expansive meeting and hospitality spaces designed for large groups and private or corporate events. At Circuit of The Americas there is fun at every turn.