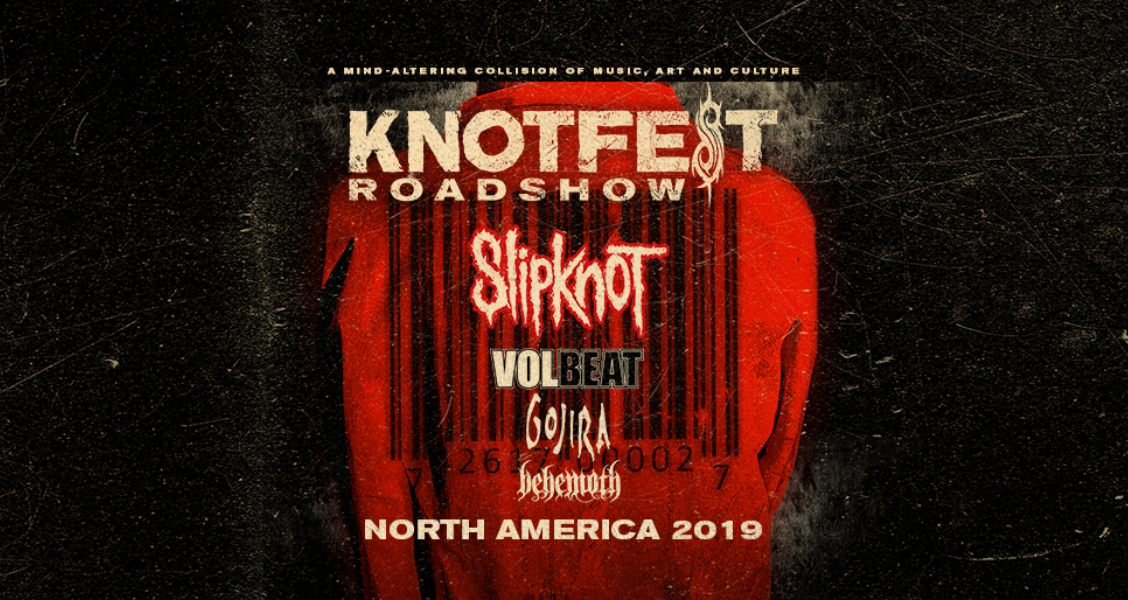 PERFORMING FRIDAY, SEPTEMBER 6 AT AUSTIN360 AMPHITHEATER
AT CIRCUIT OF THE AMERICAS

AUSTIN, TX (MARCH 4, 2019) – SLIPKNOT have announced their live return, unveiling details of their massive Knotfest Roadshow headline tour set to traverse across North America this summer. Volbeat, Gojira, and Behemoth will join as special guests on all dates. Produced by Live Nation, the tour stops in Austin on Friday, September 6th, 2019 at Austin360 Amphitheater at Circuit of The Americas.

SLIPKNOT have also revealed that they will release their long awaited new studio album on August 9th.  Each pair of tickets purchased online for Slipknot's 2019 tour comes with a digital copy of their upcoming new album, scheduled for release August 9, 2019. Further instructions will be available upon purchase with additional album details to be revealed in the coming weeks. For more information visit www.slipknot1.com.

Tickets for the Austin performance go on sale to the general beginning Friday, March 8, at 10 a.m. local time at Ticketmaster.com.