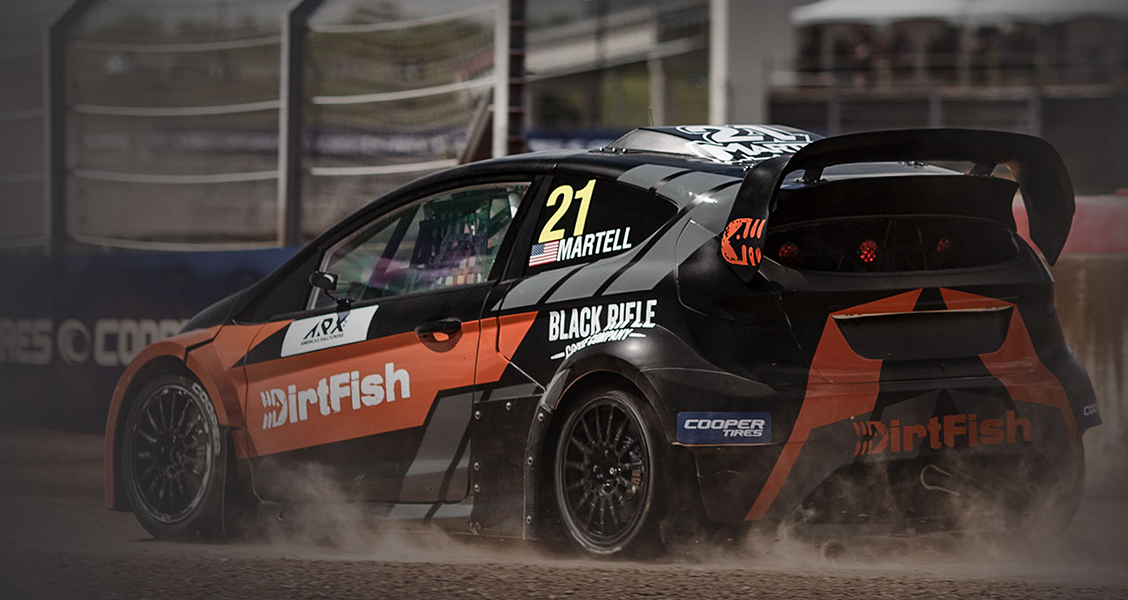 “We are delighted to reveal our 2019 schedule which includes a foray in toAmerica’s heartland,” said Paul Bellamy, Senior Vice President of IMG Motorsports, the series promoter. “Our new multi-year partners at Mid-Ohio and Gateway Motorsports Park are great additions to our ongoing partnerships with Circuit of The Americas in Austin and the Grand Prix de Trois-Rivieres in Canada as we expand our presence in North America. We are pleased to bring our high-octane brand of action to motorsport fans and sports lovers in the US seeking a four-wheeled adrenaline rush.”

The ARX calendar expands for the 2019 season, including two new events in the Midwest at Mid-Ohio Sports Car Course and Gateway Motorsports Park, marking the championship’s first visit to the Midwest.

The season begins at the historic Mid-Ohio Sports Car Course, June 8 - 9. The 10-turn, 0.7-mile circuit will be located in the legendary “keyhole” section of the circuit, providing fans with an iconic view of the entire course. The series will then travel southwest to Gateway Motorsports Park in July. Located just outside of St. Louis, Missouri in nearby Madison, Illinois, the facility will host the ARX of Gateway and will mark the venue’s first ever rallycross event and the first ARX Supercar doubleheader.

“We are excited to host this incredible new series and showcase our specially-designed rallycross track at Gateway Motorsports Park. We strive to offer a wide variety of entertaining events and it's our belief that Americas Rallycross is another tremendous addition to our schedule. The motorsports fans of the St. Louis-Metro East region continue to support a wide array of events at our venue and we expect their enthusiasm to continue with this great addition," said Gateway Motorsports Park Executive Vice President and General Manager, Chris Blair.

“It’s the growth of rallycross in America; these are permanent tracks that are going in and developing,” said the 2018 ARX Supercar Champion, Scott Speed. “It’s super important to get these tracks off the ground and to get grassroots rallycross racing off the ground and going. I think it speaks well for the future of the sport and I feel like the timing is right for this sport to really take off in our country.”

In August, the streets of Trois-Rivieres in Canada will once again host the ARX and ARX2 series alongside the FIA World Rallycross Championship Presented by Monster Energy Drink. ARX also returns to the Circuit of The Americas in Austin, Texas on September 28 before concluding the season with a second trip to the Mid-Ohio Sports Car Course for the Cooper Tires ARX of Mid-Ohio, October 5 - 6.

“Cooper Tires has been an amazing partner to work with over the years,” added Bellamy. “Their dedication allied to the outstanding performance of their tires and their commercial presence have elevated the sport of rallycross in both World RX and ARX to a whole new level. We are excited to have them become a title sponsor of their ‘home’ event, the Cooper Tires ARX of Mid-Ohio.”

Tickets for the June and October Cooper Tires ARX of Mid-Ohio events and ARX of Canada are on sale now, while tickets to the ARX of Gateway and ARX of COTA will be on sale soon.

About Americas Rallycross
ARX is a North American-based rallycross championship fielding action sports stars, world-class manufacturers and competing in premier locations around the continent. ARX is the next evolution of the high speed, action-packed world of rallycross. Rallycross is the fastest growing form of racing in the world. Short races,viewer friendly asphalt and dirt circuits with 600 brake horsepower production-based racecars make for exciting racing and is suited to the way we enjoy sports today. IMG, the global sports and entertainment agency is the promoter and commercial rights holder of the series.