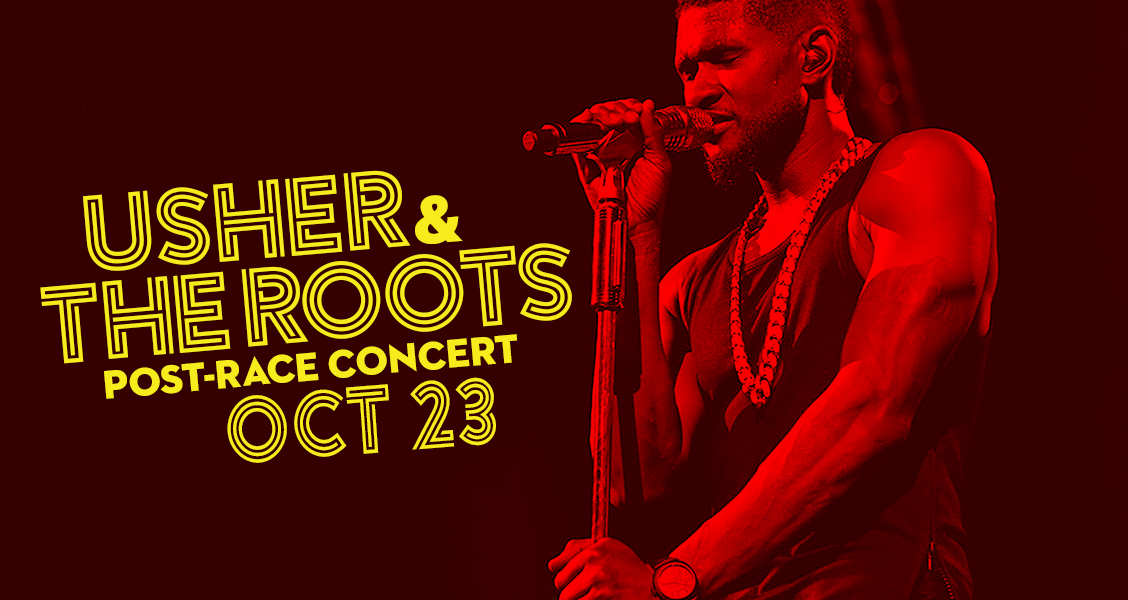 Usher & The Roots Take Over for The Weeknd USGP Sunday

Usher – joined by the legendary Roots Crew - has been added as the headline act for the post-race concert on Sunday, October 23 during the Formula 1 United States Grand Prix weekend, the biggest sporting and entertainment event ever staged in Austin, Texas. This comes after the unfortunate news that The Weeknd has had to cancel his performance.

Usher will now take charge of the post-race celebrations on Sunday at America’s only purpose built Grand Prix facility, in a joint set with one of the best bands in the business, The Roots, who famously double as the house band for The Tonight Show with Jimmy Fallon.

Having already performed together this year to rave reviews at Brooklyn Bowl and the Montreal's Global Citizen Festival, this amazing array of musical talent will add an epic new element to an already huge weekend of sporting and musical drama and promises to be an amazing closing celebration to mark the fifth successive F1 race to take place here in Austin.

Today’s announcement will ensure that anyone attending the 2016 Formula 1 United States Grand Prix will be sent home with a smile on their face as one of the music business’ biggest stars will take to the COTA SUPER STAGE to perform from his incredible repertoire of hit songs stretching back well over the past decade. Further showcasing Usher’s enduring popularity, last week saw "No Limits", the single featuring Young Thug off the recently released HARD II LUV album, hit the top of the R&B/Hip Hop charts, securing the 15th number 1 single of his career.

Bobby Epstein, Founder and CEO of Circuit of The Americas, commented on today’s announcement: “It gives me great pleasure to welcome Usher and the legendary Roots Crew to COTA. To add an act of this quality and acclaimed status further cements the growing reputation of the Formula One United States Grand Prix as the most fan-friendly and entertaining race weekend, both on and off the track."

Making the decision to step down from playing such a major event was not an easy one for The Weeknd but with his eagerly awaited follow up album set for release next month, he felt he had to use every spare minute of the coming weeks to fully commit himself to delivering his best work to date for his fans. Speaking earlier, the two-time GRAMMY winner commented:

“It is with sincere regret that I am not able to perform at the 2016 Formula 1 United States Grand Prix this year. Playing a show for F1 is an incredible opportunity and I am absolutely certain that Taylor Swift and Usher & The Roots will provide all F1 fans with two unforgettable concerts.”

Those who have purchased upgrades for The Weeknd's performance will be automatically refunded. Upgrades for Usher & The Roots can be purchased here.