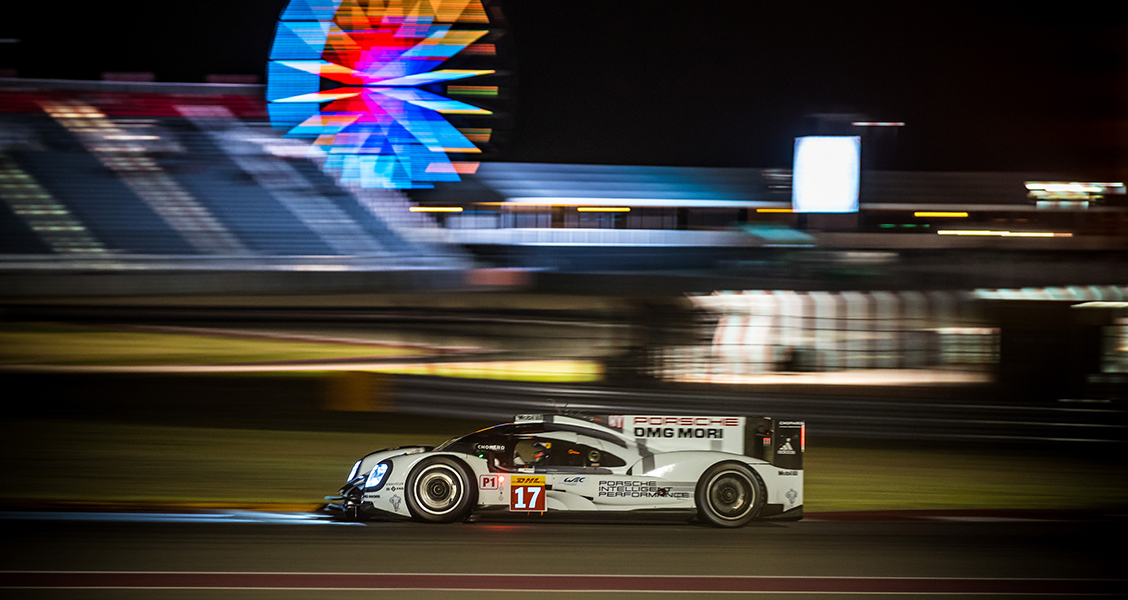 Circuit of The Americas is proud to have welcomed racing enthusiasts from around the world for the Lone Star Le Mans, the only event in the world to host the FIA World Endurance Championship and the IMSA Tudor United SportsCar Championship on the same weekend, marking the second year of COTA’s Texas twist on the world’s greatest endurance race, the 24 Hours of Le Mans, and featured three-days of nonstop racing action.

In addition to the racing, fans also enjoyed a festive atmosphere with live music, family activities, food trucks, fireworks, and a Ferris wheel. Guests were able to get close to the cars, the drivers and the action at the only night race held at COTA. Jim Hall, legendary driver and engineer of the iconic Chaparral cars and Texas native, was honored as the Grand Marshal, and graciously met with fans throughout the weekend.

The event’s final race on Saturday night was framed with a dazzling fireworks show, before the No. 17 Porsche 919 Hybrid of Brendon Hartley, Mark Webber and Timo Bernhard took first place overall in the fifth round of the FIA World Endurance Championship, the 6 Hours of Circuit of The Americas. Audi Sport Team Joest completed the podium with the No. 7 R18 e-tron quattro taking second place and the No. 8 with third. G-Drive Racing No. 26 took the LMP2 win with the Porsche Team Manthey No. 91 and SMP Racing No. 72 taking victory in the LMGTE Pro and LMGTE Am categories respectively.

Earlier in the afternoon, Scott Pruett and Joey Hand provided a dominant drive for Chip Ganassi Racing and took first place overall in the Tudor United SportsCar Championship. It was Pruett’s 60th victory in North American sports car competition. Other class winners in the Tudor United SportsCar Championship include the No. 54 in Prototype Challenge (PC), No. 25 BMW in GT Le Mans (GTLM) and No. 33 Viper in GT Daytona (GTD).

Lone Star Le Mans is a special event for Austin and Circuit of The Americas, because there is simply nothing else like it throughout the world. Lone Star Le Mans showcased the incredible innovation of some of the best manufacturers in the world who are competing at the highest levels to deliver the next great technological breakthrough. With the added Texas-twist, the event has become one of the most unique sports car championship spectacles in the U.S. and across the globe.

“An absolutely incredible weekend and we are thrilled that we got to share it with more than 58,400 racing fans from around the world, which is up from last year's attendance,” says Jason Dial, President and CEO of Circuit of The Americas. “An enormous thank you goes out to our partners, the FIA WEC and IMSA, for the incredible collaboration during this event. We could not have thrown such a huge celebration in honor of Le Mans without a full team effort. We are grateful for the continued support shown to us from the entire racing community and our amazing fans.”