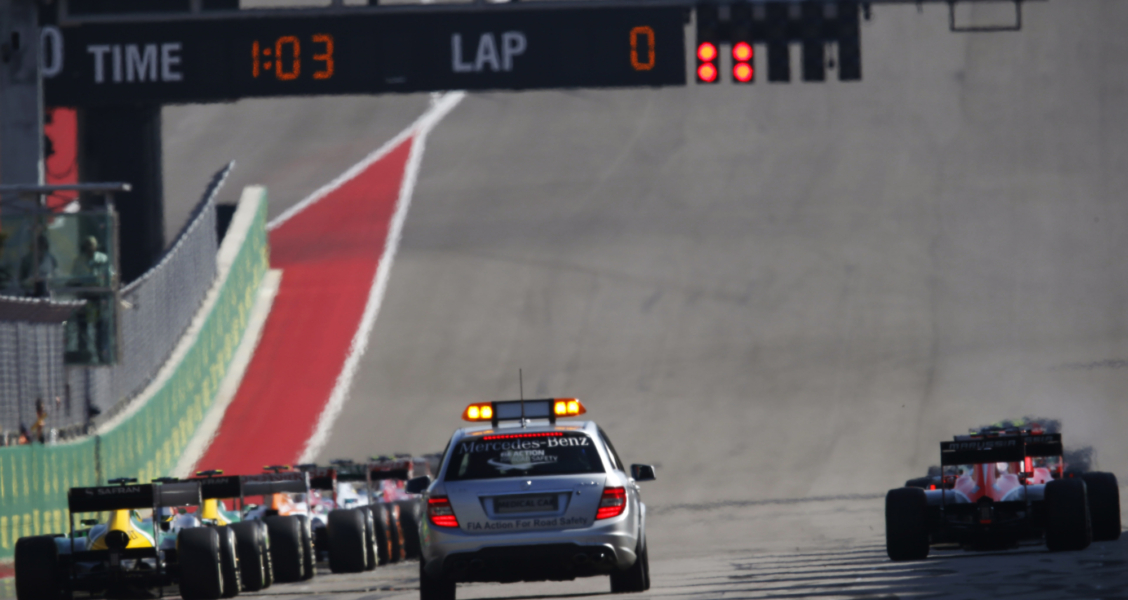 Formula One drivers on Austin and Circuit of The Americas: 'Exciting,' 'buzzing' 'awesome!'

As the traveling Formula 1™ circus enters the home stretch , all eyes now turn to Circuit of The Americas in Austin, Texas as it prepares to host its third consecutive FORMULA 1 UNITED STATES GRAND PRIX.While the constructor’s championship may already have been decided, don’t expect any let up when F1 lands on American soil. The battle for the driver’s title between the Mercedes pairing of Nico Rosberg and Lewis Hamilton is still too close to call, while the rest of the grid will be fighting to secure the highest position possible for themselves and their teams in the final standings.

Now in its third year, the Austin stage of the Formula One World Championship has already established itself as one of the most eagerly anticipated and popular race weekends on the calendar for drivers, teams and fans.

To get a sense of just what the U.S. Grand Prix and Austin has come to mean for the stars of Formula One, we fired some quick questions at several of the drivers ahead of their arrival in Texas this week:

If you could describe Austin in one word, what would it be?

What are you looking forward to most about this year's race?

Sebastian Vettel: “Austin is a fun city where you get a real feel for the Texas lifestyle and traditions and get to race on a great track. The Circuit of the Americas is a track I like a lot; the fast corners in sector one, followed by the tricky low speed middle sector, all of it technical and demanding. The American fans create a fantastic atmosphere at the circuit. Following that by going out in the evening for dinner at a great burger or BBQ place is an unforgettable experience. “

Daniel Ricciardo: “More live music and of course BBQ ribs! The race itself is fun too. The track is really cool; I really like overtaking on it. There are just so many opportunities. I think the social side of the city is a lot of fun and I like my live music, so Austin is a great place to be.”

Nico Rosberg: “To fight for the win with this amazing car I have at the moment”

Fernando Alonso (Ferrari): “The United States Grand Prix is always a special date on the calendar, for various reasons. The race weekend is very popular and it’s really nice to see how much enthusiasm the city has for the event. The track is very demanding, especially the first sector, which is very fast and the entire layout is a great challenge on the reliability front. I hope we will be able to put on a great show for all the fans, who come not only from the local area but also from Mexico and South America.”

Kimi Räikkonen (Ferrari): “So far I have had only one race in Austin. Last year I had to stop my season just before the U.S. Grand Prix because of my back surgery, so this will be only my second trip to Circuit of The Americas. It is a very challenging place and an interesting track to race. The first year the track was new and it was very slippery back then, but I heard from last year, that it was much better compared with the grip, so I am looking forward to returning there this time.I like Austin, the American style atmosphere is always great, and the people are very keen and knowledgeable on motor racing. They really live with the sport all weekend long.”

Jenson Button (McLaren Mercedes) “I am very glad to be going back to Austin. It’s a great city with a great atmosphere. US fans are very special and the amazing thing about racing in that part of the world is that the whole city embraces the event, so downtown is party time for the whole week, basically.

I had up and down races so far at COTA, but I like this track and I think it is a great addition to the F1 calendar.

The first sector of this circuit ranks as one of the best parts of a racetrack anywhere in the world. The first corner is really tricky, because it’s steep and blind, after that, the circuit just winds through an incredibly fast switchback until the heavy braking for the back straight. After such an intense start to the lap, the straight offers a bit of a breather until you commit once again to the final sector, which is a series of slow-speed, quite technical corners. Again, there’s a real variety of corner here, and it’s fun to nail the sequence. It’s definitely a place where accumulated knowledge of the layout can add to your speed. We really hope we can put up a good show for the US public!”

Kevin Magnussen (McLaren Mercedes): “I am really looking forward to racing in Austin for the first time. I have never been there, but I have of course watched the race on TV and have driven the track in the simulator - and I really cannot wait. The track looks like fun to drive and I remember thinking ‘that’s a circuit I really want to drive on!’ last year, while watching the Grand Prix on TV. I have heard the grandstands opposite the pits and at the first corner are sold out already – that corner looked really impressive on TV. Austin, see you in one week!”

Jean-Eric Vergne: “Last year was not a great weekend for us, qualifying 16th and finishing the race in the same place. So it’s obvious what I’m looking forward to this year, doing a lot better and hopefully finishing in the points!”

Daniil Kvyat: “This year I’m looking forward to taking part in the whole weekend and, more than that, doing well in the race.

Nico Hülkenberg: “Driving on the COTA circuit. It's a track that lends itself to being pushed to the limit and I am looking forward to thrash my car around it!”

Esteban Gutiérrez: “I am looking forward to racing again on this fantastic track, which is one of my favorites.”

Adrian Sutil: “I'm looking forward to scoring my first points there. This is the most important thing for the whole team right now.”